15 Reasons For Bitcoiners To Consider Ethereum 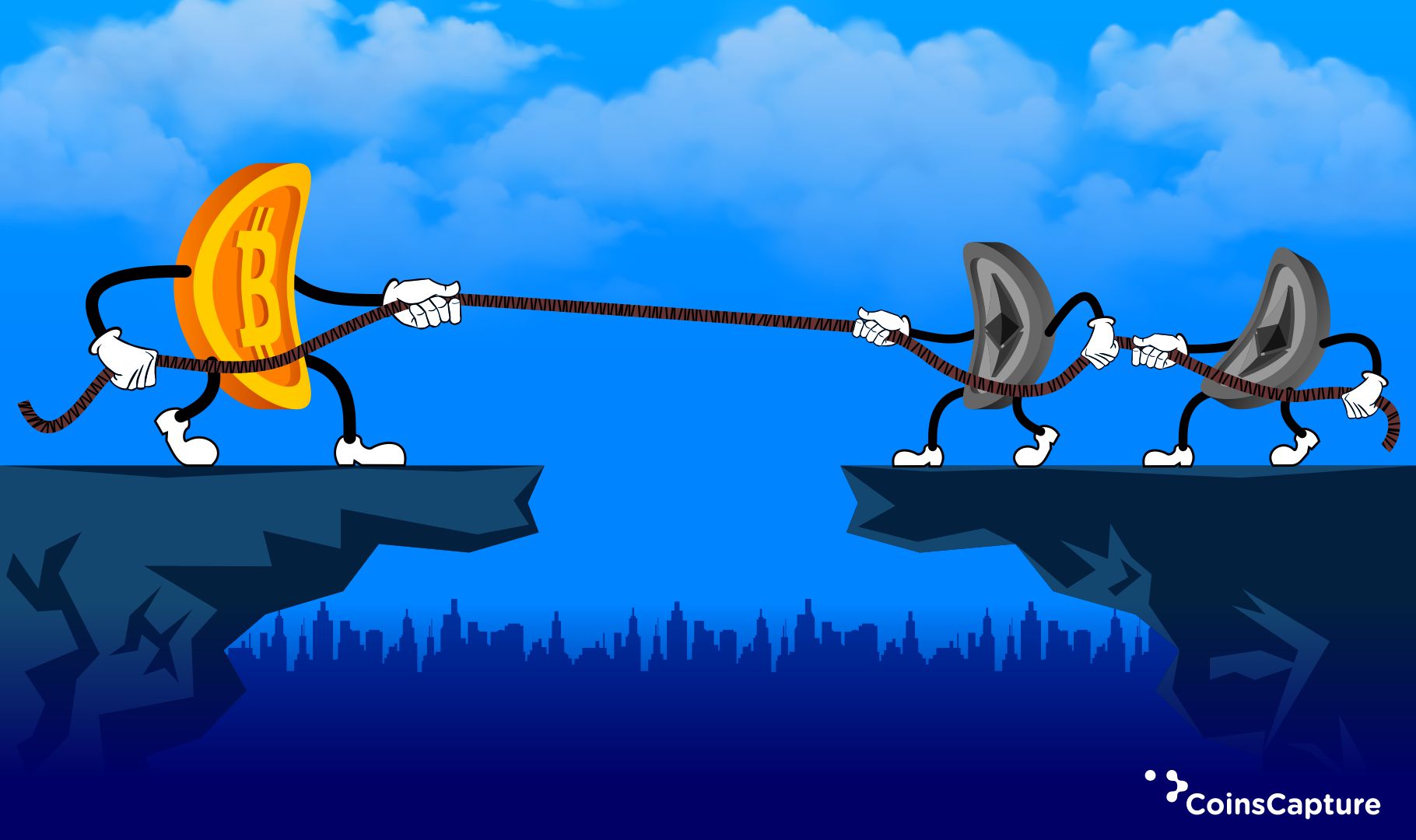 15 Reasons For Bitcoiners To Consider Ethereum

Bitcoin was the first cryptocurrency introduced in the crypto space and has successfully stayed in the ranking being profitable and hyped ever since. Bitcoin has created an image that anyone who knows cryptocurrency will have Bitcoin as its first thought. While the people involved with Bitcoin will always stay loyal to its coin, referring to themselves as “Bitcoiners”. And honestly, nothing can beat the environment Bitcoin has created and maintained for itself.

Saying that there are over more than 5000 cryptocurrencies in the market and it wouldn’t harm to check them out! However many traders and investors suggest diversifying the crypto portfolio, and so the one cryptocurrency that actually does give competition to Bitcoin is Ethereum.

Ethereum is the second most popular crypto after Bitcoin. It was founded by Vitalik Buterin and launched in the year 2015. Ethereum is a programmable blockchain and its native cryptocurrency is Ether (ETH). Ethereum not only uses blockchain technology for the payment network but also for computer code storage. It was also designed to run smart contracts and applications on its decentralized platform. It has advanced technology, scalability, security, and value amongst all the cryptocurrency in the market.

Ethereum can basically be stated to be used for 2 purposes - cryptocurrency trading on exchanges (just like any other cryptocurrency) and to run applications on the Ethereum network.

Zac Prince, founder ANd CEO of BlockFi says, The two leading cryptocurrencies have “very different use cases, with Bitcoin acting as store of value and Ethereum acting as a new decentralized computing network for application development.”

In this blog, we have laid out 15 Reasons for Bitcoiners to consider Ethereum:

The New York Times has describes Ethereum as a “powerful single-shared computer, controlled by a network of users and resources.”

2. Ethereum enables on running its smart contract and dapps without fraud, downtime, alteration, or interference.

4. With Ethereum smart contract, the application of Ethereum is much more than Bitcoin and thus can be used for many and various purposes leading to unlimited use cases.

5. It consists of its own programming language, enabling the developers to build and run applications.

6. It utilizes Ether tokens for transactions and the Ethereum wallet includes ether as well as other crypto-assets.

7. Ethereum takes seconds of time to complete its transactions.

8. The transaction fees of Ethereum is comparatively cheaper than Bitcoins’.

9. Unlike Bitcoin, Ethereum is not Iimited, and its production or supply can be said to be continuous.

Also Read, All You Need To Know About Ethereum 2.0

11. Ethereum 2.0 is technologically much advanced than Ethereum and leads to benefitting the factors.

12. Over more than 2500 DApps are based on Ethereum technology including streams like gaming, finance, media, healthcare, and many more making it dominant in the industry.

13. Ethereum holds a dominance in the DApp market for over 84%.

14. DeFi - Decentralized Finance also relies on platforms like Ethereum for its use of smart contracts.

15. Around 95% of the DeFi market is based on the Ethereum blockchain.

“When I came up with Ethereum, my first thought was, ‘Okay, this thing is too good to be true.’ As it turned out, the core Ethereum idea was good - fundamentally, completely sound.”