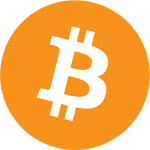 Bitcoin is the foremost cryptocurrency used for peer-to-peer technology to operate on a decentralized authority without the need for intermediaries.

Bitcoin is an SHA-256 POW coin with 21,000,000 minable coins. The mining of the block takes 10 minutes. The Bitcoin market has reached a value of 18 Billion USD with the largest diversified market. However, the prices can change due to the ups and downs in the market.

Bitcoin is one of the most traded cryptocurrencies. Being an invention, it is bound to have its flaws, however, the community or the team of determined developers are pushing the edges to overcome the hurdle

Payments: Bitcoins know no boundaries! Any transaction, anywhere in the world, with any frame of time, can be made without having to wait for the long duration like the traditional banking process, no additional and intermediary fees or otherwise, and no limitations on the number and amount of transactions.

Easier Mobile Payments: A two-step scan-and-pay method is used to pay bitcoins on a mobile phone. One does need to sign in or be related to anything. All that one has to do to receive Bitcoin payment is to scan the QR code through the bitcoin wallet app from both the individual’s phones. They could transact it via NFC radio technology.

Money Security: Bitcoins are a part of secured blockchain technology which utilizes cryptography. As long as one secures its wallet, nobody can take any fraudulent measures either by charging you or making transactions on your behalf.

Protecting one’s identity: One does not need to necessarily identify themselves to make transactions just like how one does while using physical money. However, one still needs to take measures to protect identity.

Private key transactions: Private keys is a code that is paired with a public key to the set of text’s algorithms for encryption and decryption. It is also used to sign transactions and it is usually confirmed by the network in 10 minutes through a process called mining.

Mining Process: Bitcoin mining can be defined as adding records of transactions to bitcoin’s public ledger of the blockchain. It protects the neutrality of the network and brings consensus. This process leads to immutability to the blocks of the blockchain.

To embed real-time Bitcoin widget into your website copy the following Widget code.