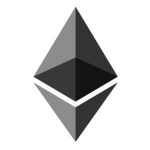 Ethereum is a decentralized, public, open-source based blockchain distributed computing platform and an operating system consisting of smart contract.

Ethereum is a decentralized, open-source platform that runs smart contracts.

There is a price for each operation on an Ethereum protocol. Gas has to consume or burn to have things executed or transferred by the network. The cryptocurrency is called ether which is utilized to pay for the transaction fees and the computation time.

Ethereum states to work without any probability of downtime, fraudulence, censorship.

One can join the network as a miner and earn rewards from the network. As long as one has sufficient funds to pay for the code to be run by the network; the contacts will always be up and will keep running.

At present, Ethereum is at the Homestead stage and its related software is yet considered as beta until the release of the next stage named Metropolis.

Contracts communicate with each other through an activity called ‘calling’ or ‘sending messages’. A message is an object holding a few quantities of ether, a byte array of data in any size, the addresses of the sender and the recipient. When the contract receives a message, it has the option of returning some of the data, which the original sender of the message can straight away utilize. With this method, sending a message would similarly be called as a function.

Sandwich complexity method: The base-level architecture of Ethereum must be as simple as possible and the interfaces to Ethereum must be easy to understand as much. When complexity is unavoidable, it must be pushed into the middle layers of the protocol which aren’t a part of the core consensus but are not seen by the end-users, high-level language compilers, argument serialization and deserialization scripts, data storage structure model, the wire protocol, etc. however, the preference is yet not absolute.

Generalization: Protocol features and opcodes in Ethereum should embody low-level concepts so that they can be merged in random ways also including those ways that may not seem useful today but could be useful later. So that the bundle of low-level concepts could be made efficiently by stripping out few of its functionality while it is not necessary. For instance, a followed principal is our choice of LOG opcode by a way of feeding information to dapps, simply, as opposed  to logging all transactions and messages which were internally suggested before, the concept of message is the agglomeration of multiple concepts including ‘function call’ and ‘event interesting to outside watcher’ and is worth separating the two.

Freedom: Users must not be restricted to utilize the Ethereum protocol and we should not place favor or disfavor for certain kinds of Ethereum transactions or contracts based on the nature of its purpose. This is similar to the guiding principle of the net neutrality concept. An example of this would be the incident of the bitcoin transaction protocol where utilization of the blockchain for ‘off-label’ purposes such as meta-protocols is averted and, in few cases, explicit quasi-protocol changes are conducted in an attempt to attack the applications utilizing the blockchain in unauthorized ways. A strong favor of approach for setting up transaction fees in a way to be roughly incentive-compatible, so that users utilizing the blockchain in bloat-producing ways internalize the cost of the activities.

To have no features: As a corollary to generalization, the dev team frequently denies to build in high-level use cases as intrinsic parts of the protocol, comprehending that if people want to do then they can always create a sub-protocol inside of a contract. For instance, the lack of a Bitcoin-like ‘lock time’ feature in Ethereum, such a feature can be simulated through a protocol wherein users send ‘signed data packets’ and these data packets which can be fed into a specialized contract which processes them and performs some corresponding function if the data packet is in contract-specific sense valid.

To embed real-time Ethereum widget into your website copy the following Widget code.