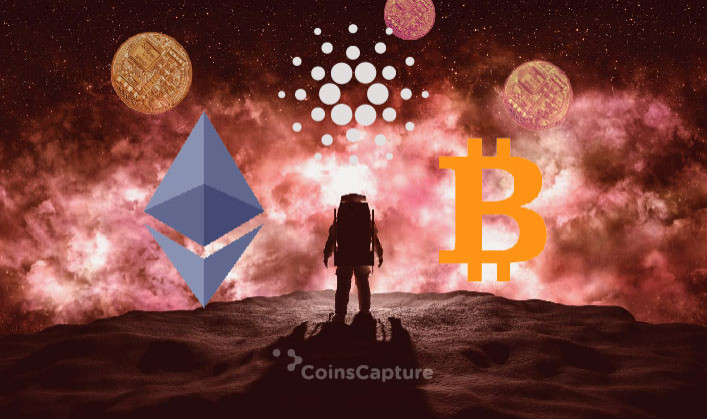 Popular Crypto trader and analyst Michaël van de Poppe is mapping out the price levels to closely watch for Bitcoin (BTC), Ethereum (ETH) and Cardano (ADA). In the latest YouTube video, Van de Poppe tells his 127,000 that Bitcoin recently surpassed a key price area, indicating that Bitcoin is all set for a new price rally.

“Yesterday, we’ve had a beautiful retest, so price broke back above the range ($47,000-$50,000), and we’ve actually retested the levels that I wanted ($47,000), and that’s very normal to be having at this stage in which we get some consolidation going on the Bitcoin markets”

Furthermore, Van de Poppe looks at Ethereum (ETH) and claims the $3,400 level as support before moving towards new highs. “This is the level I’m looking at, which is very similar to the Bitcoin level between $46,000-$47,000. If this holds and we see we are reversing the trend at this stage with Ethereum, I think we are going to have continuation towards the range high, which is around $3,840 towards 4,000”

Finally, Van de Poppe refers to Cardano (ADA). The crypto strategist says that despite Cardano’s lacklustre performance, he’s expecting an upside following the launch of smart contracts on the blockchain.

“As long as Cardano is going to stay above that level of $1.90, I think it’s going to continue moving. Right now, it’s just finding a new equilibrium after the fact that we had the smart contracts launched, and that is usually going with a slight corrective move before we’re going to have a continuation.”