The United Partnership Of The Sports Industry With Cryptocurrency 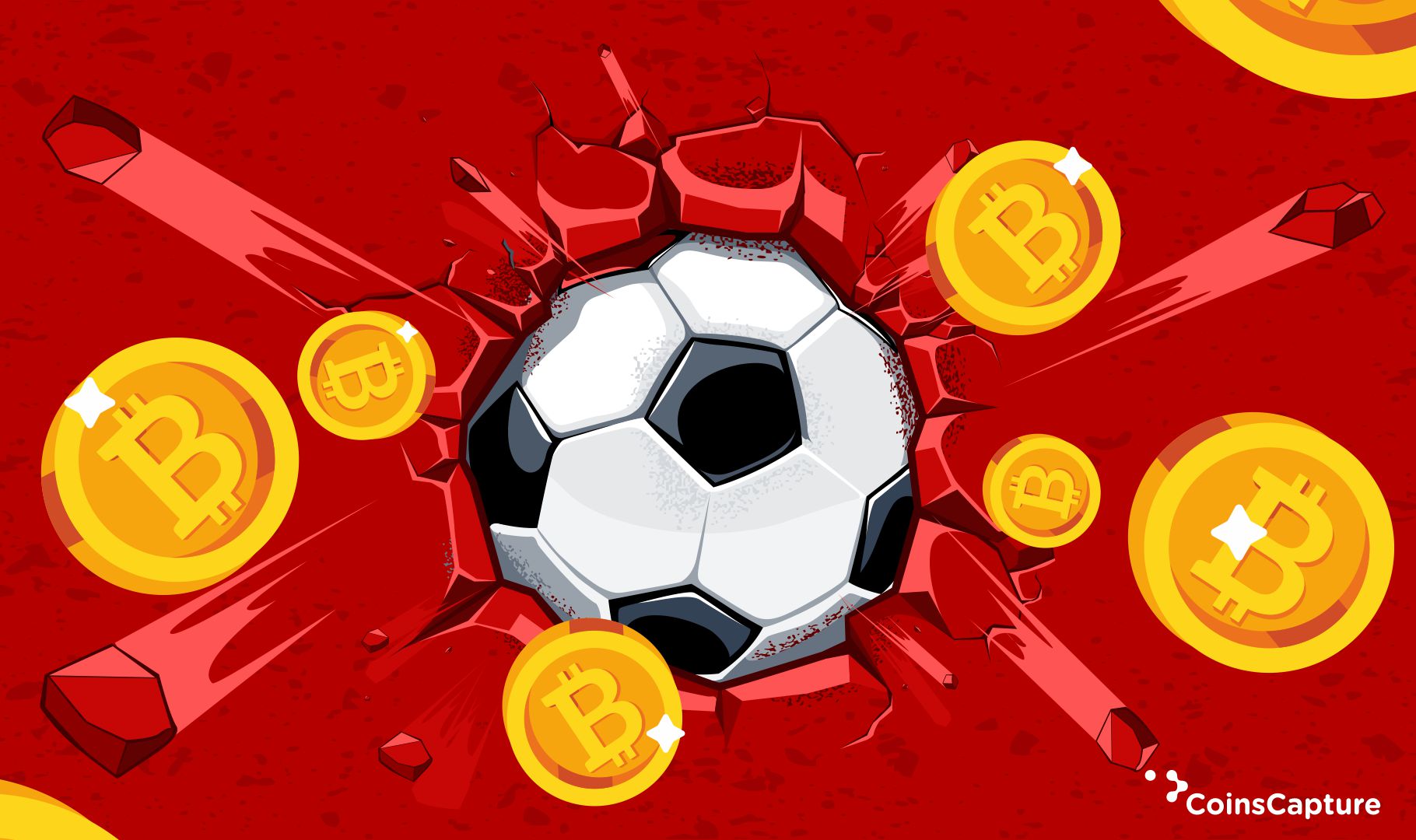 The United Partnership Of The Sports Industry With Cryptocurrency

Cryptocurrency and Blockchain technology is proliferating in various industries - one such industry is ‘Sports’. Sports and the aura that it creates is so vibrant and energetic - sports fans are passionate about the teams they support. The market in the sports industry is massive too - from partnerships to tickets, merchandise, collectibles, and much more that could benefit everyone associated.

For instance, in the year 2014, the NBA team - Sacramento Kings - was believed to be the first in the sports industry that started accepting Bitcoin as a method for payment and transactions for ticketing and merchandise.

In this blog, we are going to talk about the United Partnership of the Sports Industry with Cryptocurrency and Blockchain Technology.

The Sport That Brings Billions Together

Football is the most popular and loved sport in the world, it's even called soccer in the United States. As per FIFA - football organization, over 3.5 billion people tuned in to watch the 2018 World Cup in Russia - that means almost half of the world’s population watched the global showpiece. A sport that big merely means the people, businesses, brands, advertisers, products, basically anything associated is in for huge benefits.

Various teams in Europe have adopted a solution with blockchain technology that facilitates its fans in order to interact with the team, several powered utilities based on the token. West Ham, Paris Saint Germaine, and Juventus are involved in partnerships with its blockchain-based fan platform - Socios for engagement.

It enables the teams to be engaged and be involved with the fans and also the platform lets the fans have their favorite team’s fan token. With the use of these tokens, the fans can participate to place votes for things like changes in the jersey of the club, access to exclusive content and memorabilia.

Socios has two types of the voting process - binding and nonbinding. A binding set of the vote means that the club has to carry out and abide by the outcome of the vote, so for instance, if the fans have voted to change per se the color of the jersey, the club will have to carry out the vote’s request and since the process is done on blockchain technology, it cannot be manipulated or be tampered with.

Clubs have also utilized blockchain technology for endorsements, the system on Socios uses cryptocurrency token named - Chiliz. The company had also announced a partnership with Binance - a popular cryptocurrency exchange.

As Alex Dreyfus, the CEO of Socios noted how the untapped people can be connected too through the sector - given the global sports audience being estimated to be around 3.5 billion people.

The Portuguese Football Club - Benfica also accepts payments and transactions with cryptocurrency for ticketing and merchandise through Utrust - a cryptocurrency platform in June 2019. The supporters could make transactions by using ETH, BTC, and Utrust tokens, while the motive of the move was to meet the demands of over 7 million fans on social media.

Betting and gambling have been a part of the sports for a very long time now - not the time that we could even remember - but just to know - it has always been there and it is!

The feature of the cryptocurrency leverages the mean to bet and gamble. The companies based on cryptocurrencies have even participated in accepting sponsorships with the two major English Premier League.

Wolverhampton Wanderers - premier league also has an advertising deal with CoinDeal - a cryptocurrency exchange. The logo of the company had appeared on Wolve's jersey during the playing season of 2018-19.

Prem heavyweights Arsenal in 2018 had signed an advertising deal with CashBet - a California-based gambling company. The company launched its native cryptocurrency - CashBet coin in January 2019 and the deal involved CashBet advertising in the home games of Arsenal during the Premier League at the Emirates Stadium.

In 2018, eToro was a part of the seven Premier League sides for advertising sponsorships using Bitcoin for payment. The deal involved eToro branding featuring on the advertising boards of the pitch side and various other mediums. The campaign also included eToro FC launch which provided the community members with educational materials and tutorials. Cardiff, Crystal Palace, Newcastle, Tottenham Hotspur, Leicester City, Southampton, Brighton, and Hove Albion were also part of the deal.

The year 2019 has been the year for various endorsement deals between the sports teams and cryptocurrency companies.

The NBA outfit Cleveland Cavaliers partnered with UnitedCoin - cryptocurrency exchange for advertising on the stadium of the team, promotions of the club’s social media platforms, Cavs Legion.

Miami Dolphins also partnered with Litecoin to be the NFL team’s official cryptocurrency. It involved Litecoin advertisement with the medium of branding at the stadium, Dolphins fans could also purchase the team raffle tickets with Bitcoin and Litecoins, and the proceeds were also given to the charities.

Ethereum with its feature of smart contracts gave exposure to various popular projects like CryptoKitties.

Los Angeles Dodgers - a major League Baseball team introduced its first crypto-giveaway in September 2018  during a sports event. In the match with Padres, the team gave away crypto token to download the digital bobblehead of its three players to the first 40,000 fans that entered the stadium, and the collectibles could also be added to the user’s Ethereum wallets.

Sports have an undeniable reach across the world while blockchain and cryptocurrency are unexpectedly growing in the industries. The partnership between the two can reach peaks unexpected and it will only be an understatement to realize the means the two can create together. The right utilization of the tools and mediums partnering can create an impact of a lifetime between the Sports Industry and Cryptocurrency.