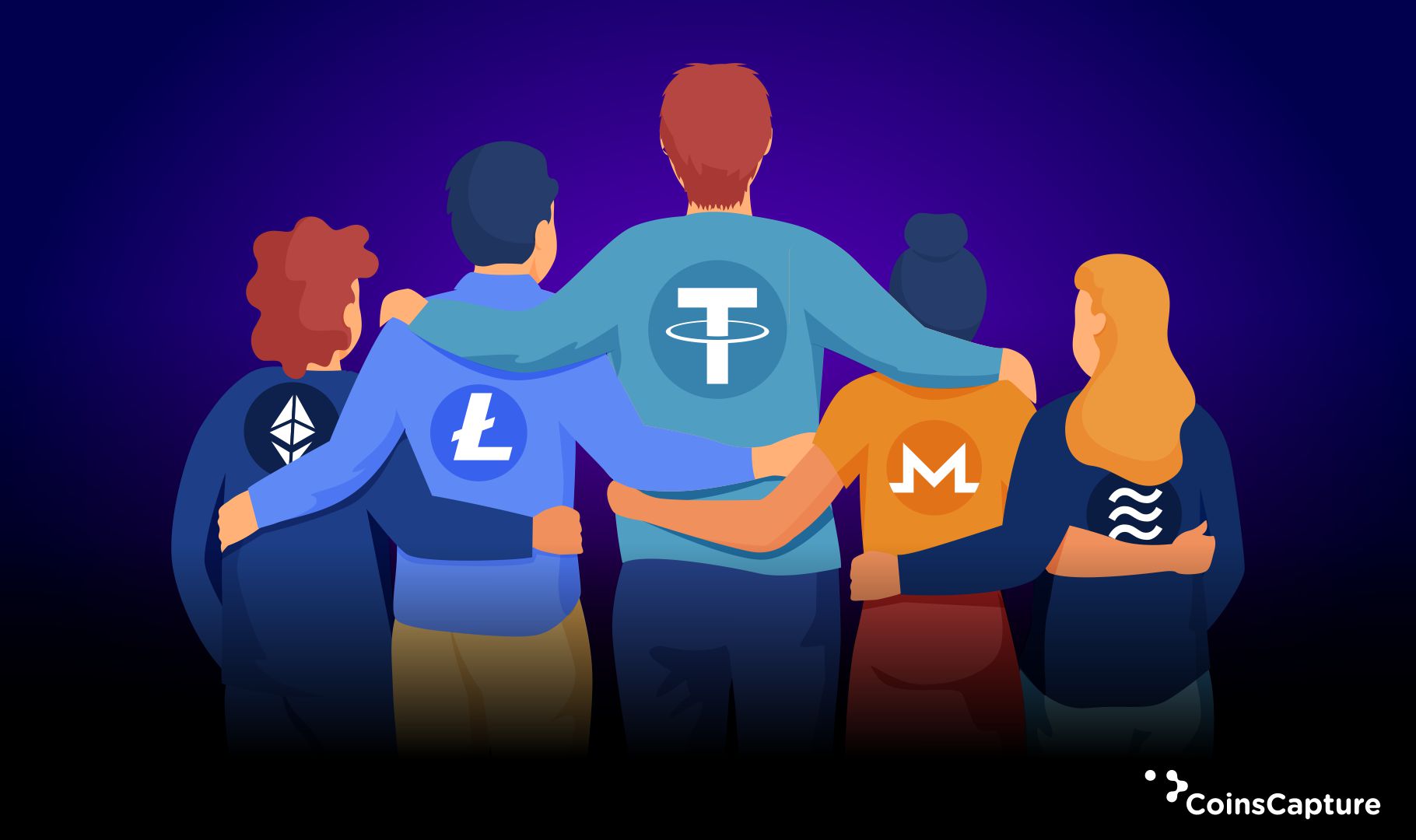 Bitcoin is the first and the top largest cryptocurrency in the crypto space, and ever since it's been tuning on it's all-time-high of $27,000 - it’s in the talk! Other than that Bitcoin has always been in the highlight - it is the de facto of cryptocurrencies.

In this blog, we are going to introduce you to the 10 Popular Cryptocurrencies Besides Bitcoin:

The introductory paper of Ethereum was published in 2013 by Vitalik Buterin before its project launched in 2015. It is one of the earliest altcoins to enter the crypto market. Ethereum is a global, decentralized, open-source blockchain platform that enables the working of dapps and smart contracts, hence, it is a software running network. Ethereum blockchain can also be used to create tokens and DeFi - Decentralized Finance projects. Ether is the native cryptocurrency of the platform and the second-largest cryptocurrency after Bitcoin in terms of market cap. Ethereum states itself as the “world’s programmable blockchain”.

Litecoin was launched in 2011 by Charlie Lee and it was the first crypto that followed the footsteps of Bitcoin. Litecoin is also referred to as the “silver to Bitcoin’s gold”. It is a peer-to-peer and an open-source cryptocurrency global payment network. It is decentralized money that is away from censorship and the users can make borderless payments anytime from anywhere to anyone. The Litecoin blockchain is stated to be the largest global scrypt based network.

Tether was launched in 2014 and it is stated to be one of the controversial cryptocurrency. It is a stable digital cash on the blockchain and one of the first and popular stablecoin. It exists on the Bitcoin blockchain and the platform is a blockchain network for storing value and conducting transactions. Tether converts cash into digital currency, it is 100% backed through the platform’s reserve account and it is one of the most widely integrated digital-to-fiat currency. It can be integrated with exchanges, wallets and merchants while it can be used just like bitcoins.

Bitcoin Cash is one of the earliest, a popular and successful hard fork from the Bitcoin that was launched in 2017. It is a peer-to-peer electronic cash system which is a permissionless decentralized cryptocurrency. The user can make nearly-instant transactions, spend sub-cent transaction fees, and even the merchants are empowered with low fees, no chargebacks and reliable confirmations.

Libra is one of the most hyped cryptocurrencies in the crypto-space even before it been launched. Even though the cryptocurrency is not launched yet, it has moved the crypto community. It started with rumours in 2018 about Facebook launching its cryptocurrency and the stories related were confirmed in 2019 when Facebook launched its whitepaper on Libra. The platform is a permissioned payment system based on blockchain technology. Also, Diem is the new name of the Libra blockchain.

Monero was launched in April  2014 and the development of the cryptocurrency is community-driven and donation-based. XMR is the native digital currency of Monero. The platform uses a technique called “ring signatures” verification for the privacy and security of its users and focuses on decentralization and scalability. Monero strives to achieve its following philosophies of security, privacy, and decentralization. It uses RandomX - an ASIC resistant and CP-friendly proof of work algorithm which is created by its community members and a new block in the network is created every 2 minutes.

EOS was launched in 2018 and created by Dan Larimer. It entered the market through one of the biggest ICOs securing a record-breaking event of $4 billion and the platform is stated to be ICO-friendly. EOSIO is an open-source blockchain protocol whose native currency is EOS. the platform is stated to be more scalable with the potential to process one million transactions per second with any need of fee.

Binance Coin is the official token of Binance - the cryptocurrency exchange, it was launched in 2017 and was founded by Changpeng Zhao and Yi He. It has risen to be one of the largest cryptocurrency exchange that powers the Binance ecosystem. It acts as a fuel to the transaction on the Chain, the users can pay with the currency for transaction fees, make in-store payments for services and many such more.

Dash is based on the Bitcoin project founded by Evan Duffield and was launched in January 2014. It is a cryptocurrency that enables its users to make transactions from anywhere in the world. It is based on a decentralized peer-to-peer network that is secured by cryptography. The platform offers a secure, user-friendly payment method, consisting of low fees and fast transactions.

Ripple was launched in 2012 and ranks third in market cap followed by Bitcoin and Ethereum. XRP is a digital asset of Ripple that was built for payments and Ripple Labs was founded by Chris Larsen. XRP is stated to be scalable, cost-efficient, faster payments facilitating settlement in 4 seconds, it is run by a decentralized network of over 150 validators across the world and it is eco-friendly as it does not associate with mining or PoW. Even though Ripple was considered as one of the top 5 cryptocurrencies, it is facing some real downtime due to the lawsuit it’s facing by the US SEC - Securities and Exchange Commission. Instead many cryptocurrencies have suspended ripple on its platform.