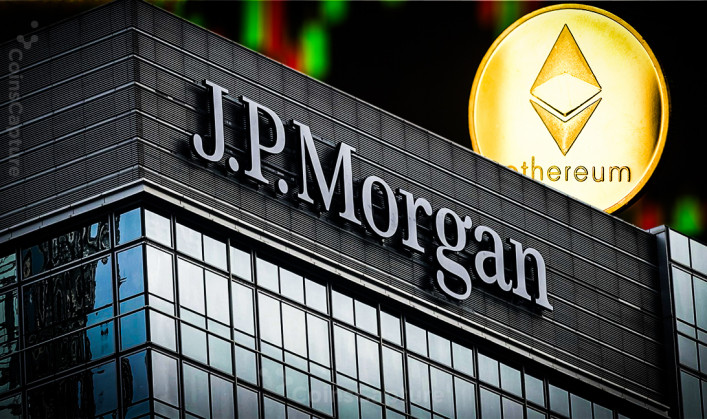 The second-largest cryptocurrency Ethereum has taken the lead from Bitcoin for the past few weeks.

Looking at the April chart, Ethereum is up by 41% whereas bitcoin is down by 8%. Multinational bank and asset manager JP Morgan shares three reasons why ETH is outperforming bitcoin. This trend could continue as competition heats up.

Bank pointed out the significant difference between Ethereum and bitcoin. Bitcoin is more like a commodity than currency while Ethereum is the backbone of the crypto-native economy.

JPMorgan said, "To the extent owning a share of this [ether's] potential activity is more valuable, the theory goes, ether should outperform bitcoin over the long run."

JPMorgan listed three reasons why ethereum has been outperforming bitcoin.

2. Leveraged traders on derivatives markets were liquidated, and the price of bitcoin dropped with a 27% correction.

“In a market with significantly higher spot turnover, it is plausible that the underlying base of long exposure [in ether] is less reliant on leverage in the form of futures and swaps [than bitcoin],”

3. Ethereum network has a higher pace of transactions on the public blockchain compared to Bitcoin. JP Morgan believes this is the result of increased activity on DeFi and other platforms.

"The network has long been characterized by a higher pace of transactions on the public blockchain than does bitcoin, likely due in no small part to increased activity on DeFi and other platforms."

Bank strategists stated that as a result, a higher proportion of ethereum behaves as if it is highly liquid when compared to Bitcoin.