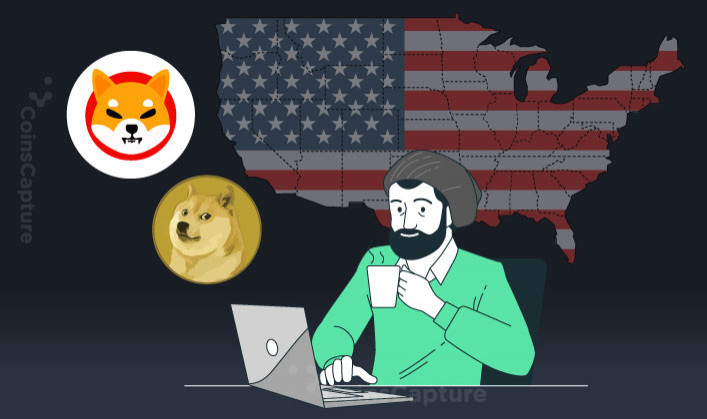 According to a recent study, people in the United States are more interested in dog-themed coins like Shiba Inu and Dogecoin than the projects which claim to be a financial revolution. The two meme coins have become the most-searched Crypto keywords on Google in the US.

The level of interest for a google search of Shiba Inu and Dogecoin exceeds the averages for Bitcoin and Ethereum combined. This shows that the presence of meme coins and adoption have been well-felt by many.

The Google search highlights the recent hype around the DOGE and SHIB. These two meme coins are taking all the glory from big Cryptocurrencies such as Bitcoin, Ethereum, Cardano, Litecoin, and others that have historically held up their price active in the Crypto market for years.

The meme coins such as Dogecoin, Shiba Inu, Floki Inu have experienced a massive surge in social media despite not having significant fundamentals.

Elon Musk’s statement that Tesla would accept payments in Dogecoin has attributed the interest in Dogecoin. There are also many celebrities and prominent figures who have positively reacted to meme coins. DOGE and SHIB can draw a massive user adoption if they get listed on the popular trading platform.