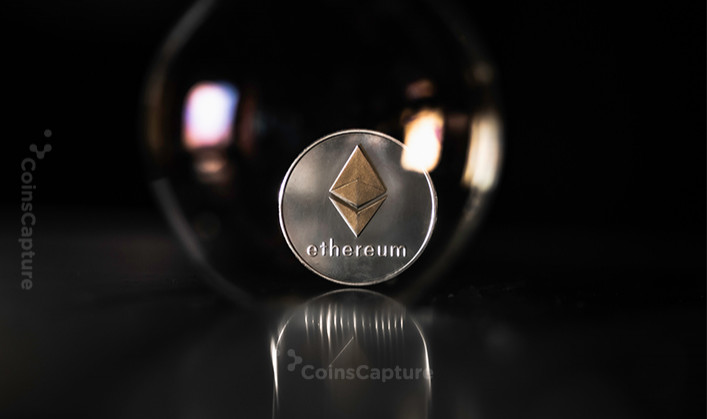 The ETH/BTC pair has hit a three-and-a-half-year high, raising hopes among the Ethereum community that ETH could flip the BTC as the largest Cryptocurrency. The pair broke the major resistance at 0.077 BTC.

Bitcoin returns of YTD is 97%, while Ethereum is 551% up in the same period. The two Cryptocurrencies generally follow more or less in a similar fashion, but at 4 pm, AEDT Bitcoin was down at US$57,167 while Ether was up 6.5 percent to US$4,737.

If Ethereum wants to take the first rank, it needs to double in value against Bitcoin. The Ethereum community calls this hypothetical event as- flippening.

Many Ethereum enthusiasts believe that flippening will happen soon next year, once Ethereum releases its 2.0 upgrade and moves to proof-of-stake.

Ethereum has emerged as the major source for NFTs issuers and decentralized application developers, moving it into the mainstream. Additionally, Ethereum's deflationary properties categorize it as a better store of wealth compared to Bitcoin.

In May, the Bitcoin rally was interrupted after Tesla discontinued accepting Crypto payments due to environmental concerns. It widened the concerns over the adverse effects of proof-of-work (PoW) mining. In November, authorities of Sweden supported an EU-wide ban on Bitcoin due to its carbon footprint.

In the meantime, Ethereum is inching closer to switching the proof-of-stake (PoS) algorithm, which will lower its energy consumption by 99.5%.

However, to become the biggest Cryptocurrency, Ethereum would have to work on its own issues. There are many projects which are rapidly growing and aim to outperform Ethereum's market share.