COVID-19 - Its impact on Bitcoin and its Update 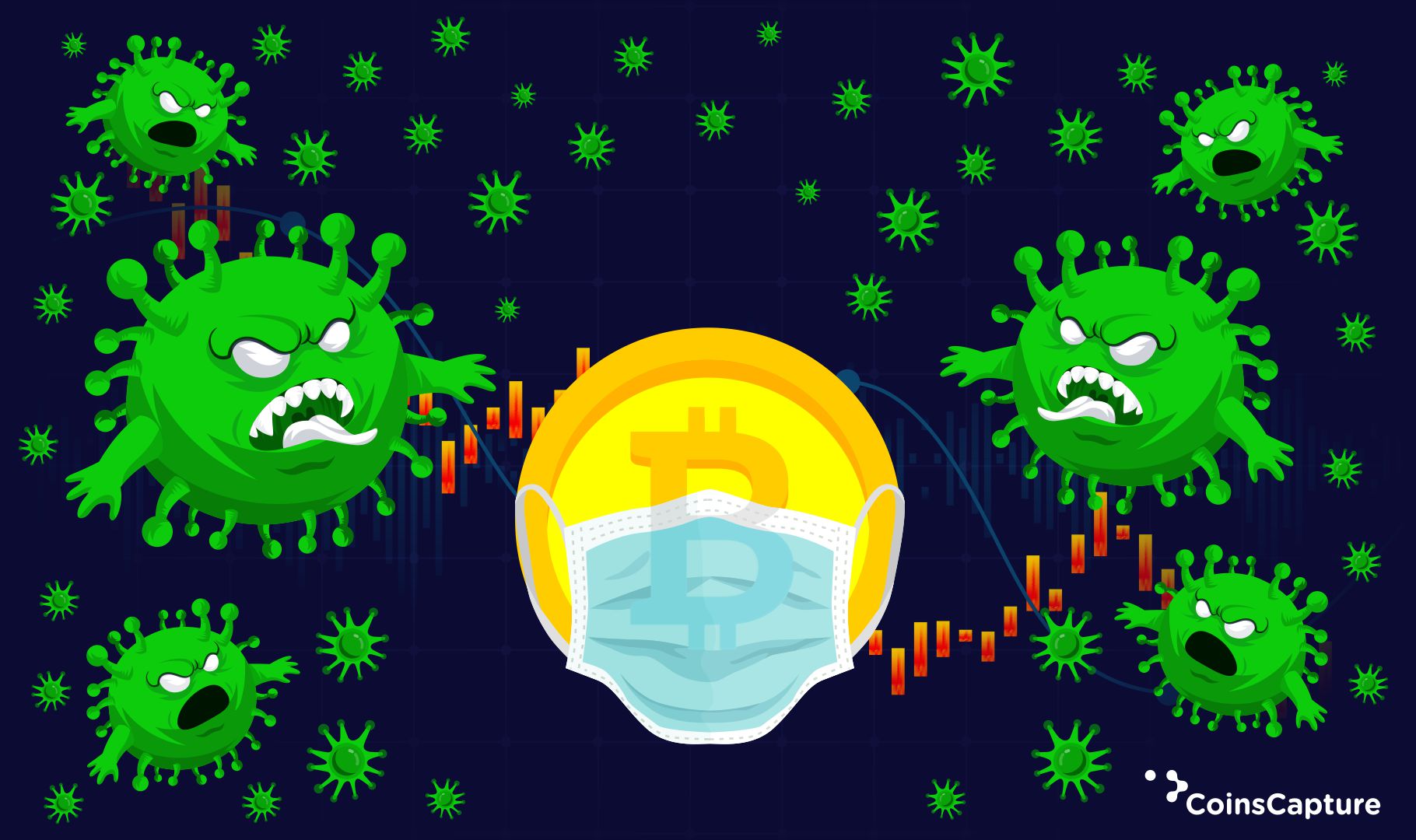 COVID-19 - Its impact on Bitcoin and its Update

The Market Watch reporters explained, “Investors rush to sell gold and generate cash to cover stock market losses.” Due to the coronavirus, the crypto market had a decline in its sell-off and with the panic situation, there could be a possibility for more decline in the assets. Safe-Haven are said to be the uncorrelated and safe-zoned assets, but due to the pandemic even they seemed to be at the risking point.

“During the first weeks of the Coronavirus, bitcoin acted as the uncorrelated asset that it has often been during economic and political upheaval, showing strong growth.” However later that time, his statement changed to, “The last two days took their toll on crypto’s most important digital asset. Bitcoin price fell 6% since Monday morning. Still, bitcoin’s value isn’t derived from the same indicators as fiat, such as interest rates and GDP. Instead, bitcoin is purely driven by demand, which is why it often remains steady when other markets are teetering.”

However, many people are still speculating and being positive with the final outcome the change in the market might get, despite the downfall and fluctuation in the cryptomarket, speculators think that the Bitcoin will yet again touch ATH - All Time High.

Robert Herjavec the co-host of the show ‘Shark Tank’ believes that,

“I think the price of Bitcoin, on a long-term basis, will quantuple, if that’s a word,” “Consumers, over the long run, always go to convenience, and bitcoin is just convenience.”

Also Read, Quarantine And Cryptocurrency - 5 Gamer Things To Do

Etoro market analyst Simon Peters discussed the COVID-19 pandemic and its effect on the crypto assets, saying “look for hedges outside of the traditional markets, with gold usually being the first choice.” Also, he said, “During recent scares, such as the threat of war in the Middle East earlier in the year, we have seen a flight to crypto-assets like bitcoin.” “This suggests investors are starting to see crypto assets as a hedge because they are decentralised and free from government intervention. It could be that the general downward sentiment of the markets and other commodities, such as oil, has also become a drag on crypto asset values this time around. However, I remain bullish about bitcoin, with a variety of models, such as Stock-to-Flow, pointing to a solid run over the next 24 months,” He concluded with, “In my view, bitcoin will break $20,000 over the next six months.”

After the massive fallout in the price of Bitcoin and other cryptocurrencies, many people are still waiting. People have contradicting thoughts on the pandemic’s effect that has been brought in the crypto market.

“Despite the massive sell-off, Bitcoin’s price has still failed to attract investors. This is because the price is likely to drop even more.”

With coronavirus pandemic, many people are speculating and discussing on almost every forum or platform about the downturn and the future of Bitcoin or any cryptocurrency. Due to the situation of the pandemic, even if the asset class is said to be safe haven when the traditional market is already at crisis it is yet very difficult to predict the position that Bitcoin and other cryptocurrencies are going to be at as Bitcoin has never been before a part of the financial turmoil on a global level, but all in one it is going to be a notable bumpy ride. When this all ends, one thing we all can be certain of is that it will recover eventually and gradually.

As stated by Joe DiPasquale, the CEO of BitBull Capital,

“Bitcoin’s recent price action is primarily a result of the coronavirus outbreak affecting global markets and driving investors towards the safety of cash.” and “With this sharp decline, bitcoin’s potential as safe-haven asset is being questioned, but we believe it is too early to seek any correlations between Bitcoin and other asset classes.”