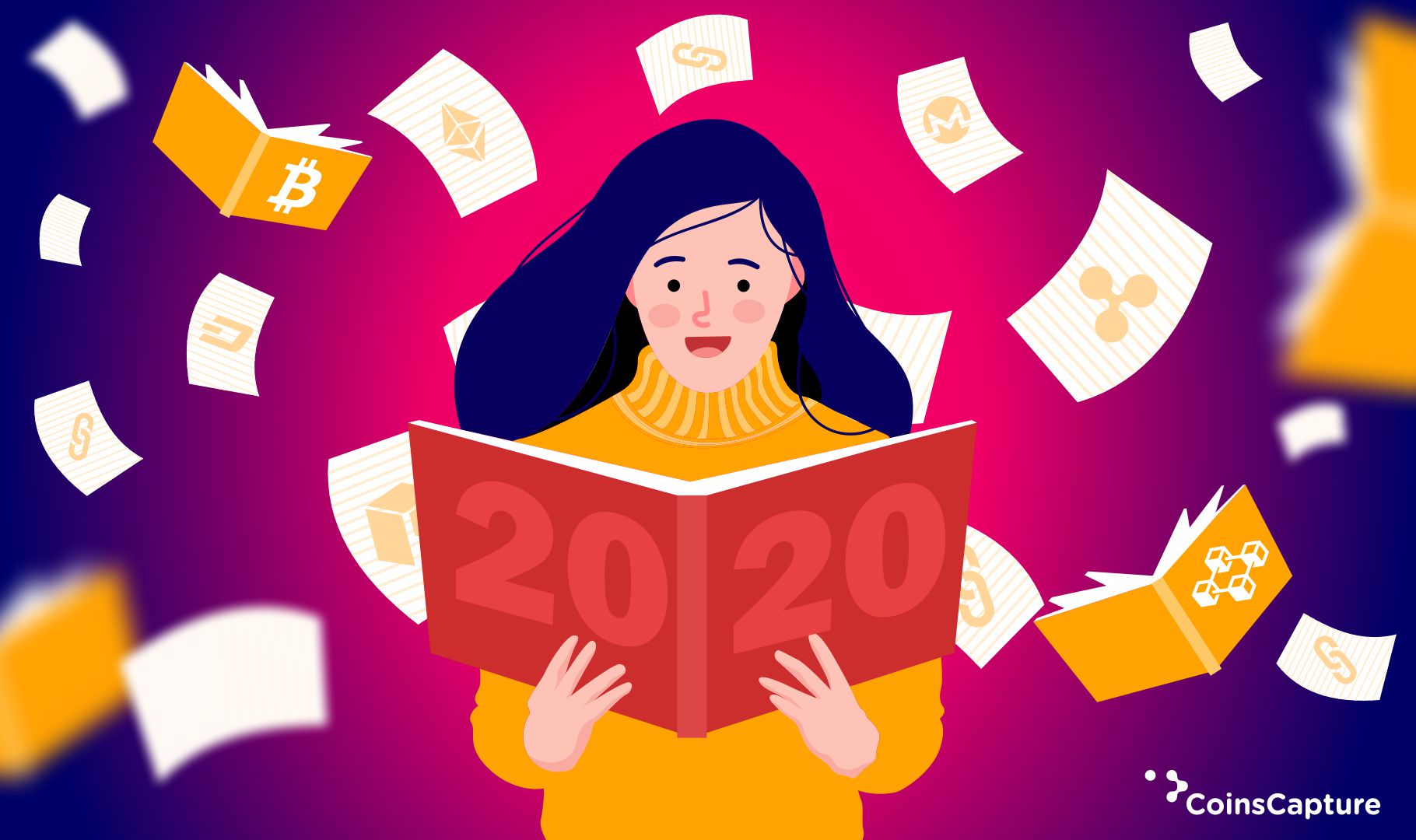 Books are often called a man’s best friend and to say so, we could also call cryptocurrency and blockchain a man’s innovative technology to the digital world.

Blockchain technology and the first Cryptocurrency - Bitcoin was introduced by Satoshi Nakamoto, it revolutionized the digital space and technology we are living in. Everyone’s talking about it - it is growing in popularity and being utilized in so many different industries now! One internet search on either of the subject and you will receive thousands of sites to learn from. But how about learning everything basic you need to know in one book than scrolling your search option! We are so conditioned to search everything from the internet but the old fashioned way of reading books has a different feel to it!

In this blog, we have brought to you Best 10 Blockchain And Crypto Books Of 2020:

1. The Age Of Cryptocurrency - How Bitcoin And Digital Money Are Challenging The Global Economic Order

Bitcoin became an overnight star and continues to be so - but what is the hype all about? In the book, The Age of Cryptocurrency, the Wall Street Journalists Paul Vigna and Michael Casey attempt to answer the question. It talks about how cybermoney introduced cryptocurrency as the revolution, a currency that has the ability to reinvent the traditional financial system and social structure. It talks about how the unbanked individuals can gain in this new global economy. Cryptocurrency involves no middlemen, a decentralized digital asset wherein the individual is in complete charge of its holdings, and safeguarded from events like the 2008-type crash. It also talks about how people are unsure about Bitcoin related volatility, cyber crimes and employment issues. The book talks about how crypto is here to stay for a long run, its origin, functions, reach and information on cyber-economy and moreover it empowers its readers to be informed and prepares to be ready for the new digital space.

2. Blockchain Revolution - How the Technology Behind Bitcoin Is Changing Money, Business, and the World

Blockchain was introduced as the underlying cryptocurrency technology, but with time it has grown its use in many different fields. It is a decentralized public ledger that is also cryptographically secured and has many functions to facilitate. The book talks about how technology can shape and revolutionize from the world economy to healthcare industries leading to the betterment. It states the potential blockchain technology has, the financial institutions that are already using the technology such as Goldman Sachs and JPMorgan Chase, the risks involved, and the modern economy’s future.

Guardian quoted, 'Blockchain Revolution is a highly readable introduction to a bamboozling but increasingly important field.'

Bitcoin is the ultimate currency that's taking the world by storm thus it becomes important for many investors to participate in the bitcoin space and Mastering Bitcoin is then the book for you. It consists of a complete guide on bitcoin involving participation, building an app, investing in a startup, or just to learn for knowledge and the book is the revised second edition. The second edition of the book includes introduction of bitcoin, information on its underlying technology - blockchain, technical foundations, cryptographic currencies, new developments, blockchain applications, user stories and many such detailed information.

4. The Basics of Bitcoins and Blockchains - An Introduction to Cryptocurrencies and the Technology that Powers Them

The book involves 25 concise steps on - basics of blockchain in a simpler language involving analogies, pictures and metaphors. It covers - blockchain - understanding, working, functions, the 5W and 1H, need of the technology, its importance, the solution it provides, its applications, components, potential, limitations and so forth. This is basically the all-in-one blockchain book.

6. The Book of Satoshi - The Collected Writings of Bitcoin Creator Satoshi Nakamoto

Satoshi Nakamoto introduced the first cryptocurrency - Bitcoin and its underlying technology - blockchain. However, till date he has stayed the anonymous creator and many speculations have been rounded across. Cryptocurrency is hyped - and it ought to be, its functions and use cases have been a game changer. It is a decentralized digital currency that involves no government or central authority and middlemen, and it is based on a cryptographic system. The book involves essential details of Bitcoin, Satoshi Nakamoto emails and posts on the computer forums, bitcoin’s fundamentals, economic implications, potential, the seminal paper, Bitoin’s creation, working, theory and anything that would ever be written and be known of Nakamoto.

While Satoshi Nakamoto could be anyone - from a single individual to a group or people or an organization.

7. The Bitcoin Standard - The Decentralized Alternative to Central Banking

Satoshi Nakamoto introduced Bitcoin - a decentralized digital currency consisting of a peer-to-peer network, no middlemen or intermediaries, and it is globally accessible. The book covers from the history of Bitcoin till its present rise involving its implications on economic, social and political aspects. The writer takes its readers to a journey from the barter system to the present modern government debt, the basic theory and concept about money, its monetary implications, monopoly and the role of Bitcoin in this journey. The book involves every standard aspect of Bitcoin - its creation, role, history, journey, implications, understanding and so forth.

8. Cryptoassets - The Innovative Investor's Guide to Bitcoin and Beyond

The book talks about how investors can capitalize the opportunity since the Internet with reference to Bitcoin and other crypto assets. The book includes information on blockchain and crypto assets, framework of crypto asset, risk management, techniques on portfolio management, historical context, tips and guide, information on ICOs, exchanges, wallets and capital market vehicles, opportunities and predictions and future. It also involves the creation, working, function, and evolution of crypto assets, taxonomy, crypto commodities and crypto-tokens.

9. American kingpin - The Epic Hunt for the Criminal Mastermind Behind the Silk Road

American Kingpin is one of the best sellers of the New York Times.

The book is based on a true story of a man who built from his bedroom a billion dollar drug empire and how he almost got away.

In the year 2011, a 26 year old programmer named Ross Ulbricht launched a free market - a website hosted on the Dark Web - named Silk Road, through the platform anyone could trade anything that apparently involved drugs, forged passports, hacking software, poison, counterfeit cash and so forth. The federal government was on a manhunt for almost 2 years for the site’s proprietor while the Silk Road hit to be a $1.2 billion enterprise.

The book covers a tale of the boy-next-door ambition gone wrong to the twist and turns and clashes Web advocates and the government.

10. Digital Gold - Bitcoin and the Inside Story of the Misfits and Millionaires Trying to Reinvent Money

New York Times reporter Nathaniel Popper has introduced in his book - the history of Bitcoin, the landmark of the digital gold and financial technology that lead a global social movement.

The book was even shortlisted for the Financial Times and McKinsey Business Book of the Year Award.