All you need to know about Bitcoin Mixer 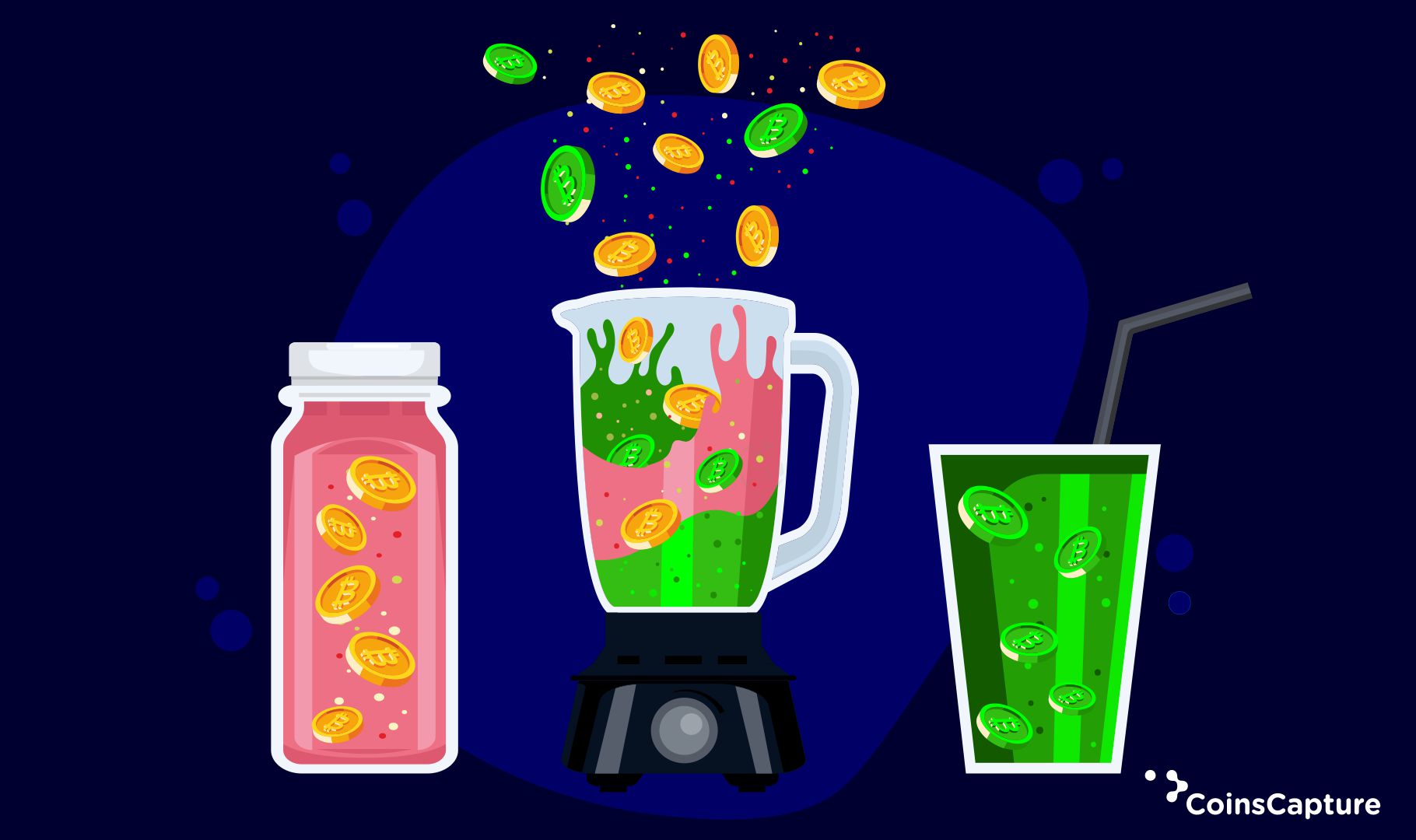 All you need to know about Bitcoin Mixer

Bitcoin is the most popular cryptocurrency and is based on Blockchain Technology. The transactions done on the Bitcoin blockchain stays in the public domain and is also the public log of all the transactions which is also stated to be a form of a public ledger, despite the secure network of blockchain technology it is still skeptic of the data being confident as cryptocurrency is also said to be a transparent system, hence it gives a higher percentage of chances for someone to track or trace transactions which can also be used for wrong reasons.

Bitcoin Mixers can be defined as a concept that enables the user to mix their crypto coins here being bitcoin with other users that helps them to preserve their privacy and help maintain the anonymity of their online transactions. It is basically a group of people coming together to pool their Bitcoins and is managed by a centralized service that charges a certain amount of fee for the utilization of the mixer.

Bitcoins Mixer can also be referred to as Bitcoin Tumbler.

It is used to protect the privacy and help to prevent the trace of such potential sources of activities as one wouldn’t really want the world to know how much you spend, where you spend, what you spend on, how many bitcoins you own and earn and so forth! People may have various different reasons to not tell and could be very private about their transactions and personal details.

How does it work?

Bitcoin addresses are stated to be pseudonymous, however, there is still a chance that the identity of the owner can be known through the exchanges or blockchain analysis. So when one mixes their coins with other users the Bitcoin addresses can become uncertain and as compared be more private.

The service works as when one submits its coins in the mixer, the mixer runs the coins and shuffles your Bitcoins with someone else’s while initiating and releasing a random gained Bitcoin’s fresh batch with a random address for you.

Hence there are various strategies designed, proposed and developed to choose the one you find the best fit.

Reasons to use Bitcoin Mixers:

There are people out there who use Bitcoin Mixers for all the wrong reasons such as money laundering and various illicit activities.

However, there are also people who want to use Bitcoin Mixers for genuine and innocent reasons.

Bitcoin Mixer is one of the very known and impressive services that utilizes algorithms to helps the users to shuffle their respective Bitcoins.it is stated to be also helpful for p2p donations and payments. Bitcoin Mixer charges its user for every transaction a random commission of between 2-5%. Their work process is completely automated and does not need human assistance.

Wasabi is a non-custodial, open-source, privacy-focused Bitcoin wallet also implementing coin shuffling by utilizing Chaumian CoinJoins. With wasabi, the sending address and receiving address are completely controlled by the user’s private key. It avails its services for desktops such as Mac, Windows, and Linux.

CashShuffle is a complete decentralized protocol of coin mixing and helps to shuffle your Bitcoin with other participants on the network. It strives for a confidential business environment for purchases, personal privacy and to increase the coin’s fungibility. CashShuffle always runs in the background, it is also built into the Electron Cash and is being developed for various other known Bitcoin Cash wallets.

Investing in Bitcoin or any cryptocurrency is a risk especially when it lands on personal information being at risk. However, with certain services such as Bitcoin Mixer and with a detailed study, it can always turn out to be a beneficial approach.

As said by Laura Poitras,

“Those who are experts in the fields of surveillance, privacy, and technology say that there need to be two tracks: a policy track and a technology track. The technology track is encryption. It works and if you want privacy, then you should use it.”