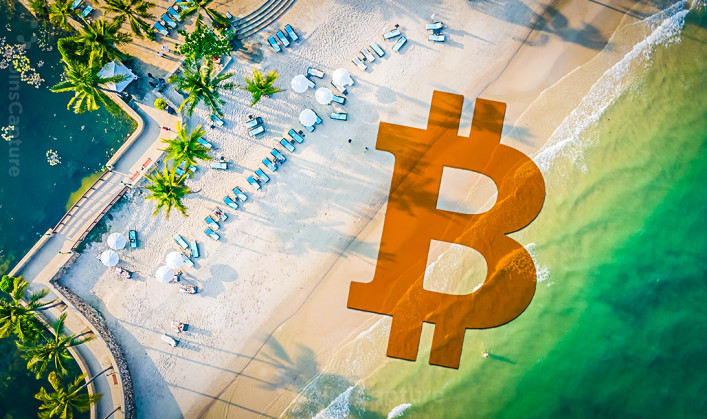 A small island named Bequia in the Caribbean just 18 square kilometers in size to become the world’s first bitcoin-enabled community.

One Bequia, a development company has plans to build 39 luxury villas on the island calling itself “the only real estate development in the Caribbean to accept Bitcoin.”

The head of the One Bequia project, Storm Gonsalves, said, “the adoption of cryptocurrency is far from a gimmick.”He further added, “it’s a response to the very real challenges faced by island communities increasingly cut-off from mainstream banking facilities.”

Gonsalves stated that small island nations find themselves cut off from international payment networks as a result of “derisking” conducted by major banks.

He said, “this prevents the island-based banks from transacting internationally.If this trend continues, it means small island nations will be essentially cut off from international trade and commerce. For tourism-based economies, this will be devastating.”

To overcome such hurdles, the developers have the aim to build an ecosystem where everything—from restaurants and cinema tickets to groceries can be paid with Bitcoin. As intermediary banking services are not required in crypto transactions and rely on internet connections it has become a payment choice for island residents.

Gonsalves states that islands such as Bermuda, Bahamas, Barbados, and St. Vincent have already adopted blockchain and other cryptocurrencies a lot faster compared to any developed nations.

Though there are people who don’t understand the advantage of cryptocurrencies but many people living on the island as well as visitors, Bequia Bitcoin is more than just a financial instrument—it’s a philosophy.

He concluded, these early crypto adopters are not typical speculators and they have faith in the philosophy of decentralization behind Bitcoin/blockchain.