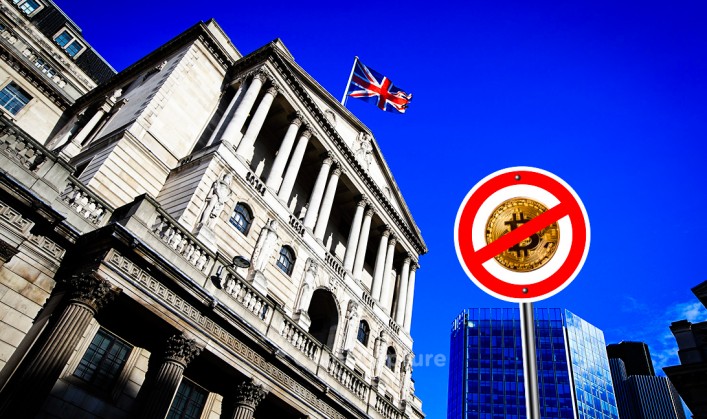 Bank of England Governor, Andrew Bailey has once again rejected the Bitcoin. According to him, it is very hard to find how bitcoin has any intrinsic value. Bank of England held a question and answer session on Monday with members of the public and at that time Governor Bailey said,

“I have to be honest, it is hard to see that Bitcoin has what we tend to call intrinsic value,” “It may have extrinsic value in the sense that people want it.

Bailey also warned retail users who used BTC as a means of payment. He becomes “very nervous” when people use BTC for payments. Bailey also highlighted how crypto has price volatility and “uncertain” value.

Bailey has also previously shared his views on BTC and ruled out the use of stablecoins, Bitcoin, and other cryptocurrencies as a means of use for traditional payments. Bailey states that using crypto is not easy and unsuitable for the public and a large number of the retail crowd still does not understand the usage of cryptocurrencies.

Earlier, he had asked the G20 mandate for regulators to update and clarify standards that regulate stablecoins. Bailey in the discussion insisted that Britain based stablecoin be backed by the pound and that it should meet standards that are currently applied to British banks.

Two days ago, The Bank Of England collaborated with other central banks in Canada, Europe, Japan, Switzerland, and the USA to outline how the CBDCs of each nation could coexist with and complement existing forms of money, and promote “innovation and efficiency.”