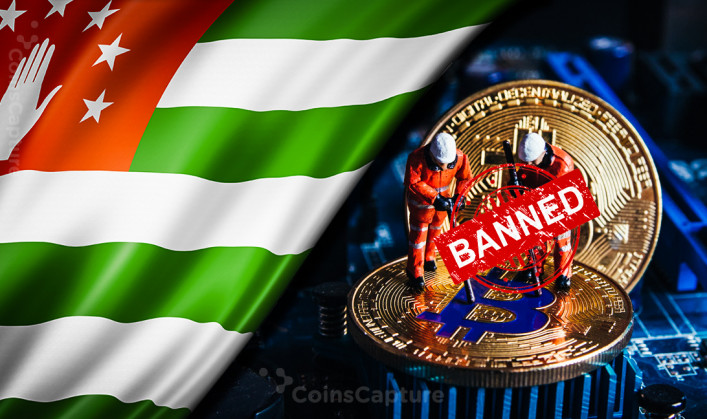 The Abkhazian Government announced that it would submit a proposal to fine miners and file criminal charges against them.

The plan is to impose charges up to $8,000, which is a considerable amount of money. It is the same average income per individual in the de facto South Caucasus state, equivalent to 20 minimum national wages. However, these penalties are the lowest ones considered in the proposal.

In fact, the Government also plans to implement more significant penalties against public servants who are caught in crypto mining activities and companies running rigs, with charges up to 5,000 minimum national wages. Additionally, the report listed the penalties that an individual, officer or company might face for “repeated offences” related to crypto mining activities:

“If an administrative offence is committed repeatedly, an administrative penalty of 50 minimum wages for every kilowatt of power of the devices connected to the power grid to carry out activities for the extraction of cryptocurrencies is imposed on individual entrepreneurs, legal persons and citizens – in the amount of 5,000 Minimum wages.”

The proposal also declared that anyone who attempts to plug mining rigs on power grids to a large-scale farm in Abkhazia could face imprisonment of one to three years, together with the equipment’s seizing.

The Government also released a decree that extended its “temporary ban” on crypto mining until, at least, March 31, 2022. As reported by Bitcoin.com in October 2020, Abkhazia lifted its two-year ban on cryptocurrency mining.

The ban came into effect in December 2018 as the region faced an energy crisis due to an increase in mining activity. But the latest news supposed a turnaround in the last year’s ban lifting. Moreover, a substation’s burnout provoked a massive power outage across the entire de facto South Caucasus state. This situation happened amid the crypto miners’ refusal to slow down their operations in the state.