The Journey from Barter to Bitcoin 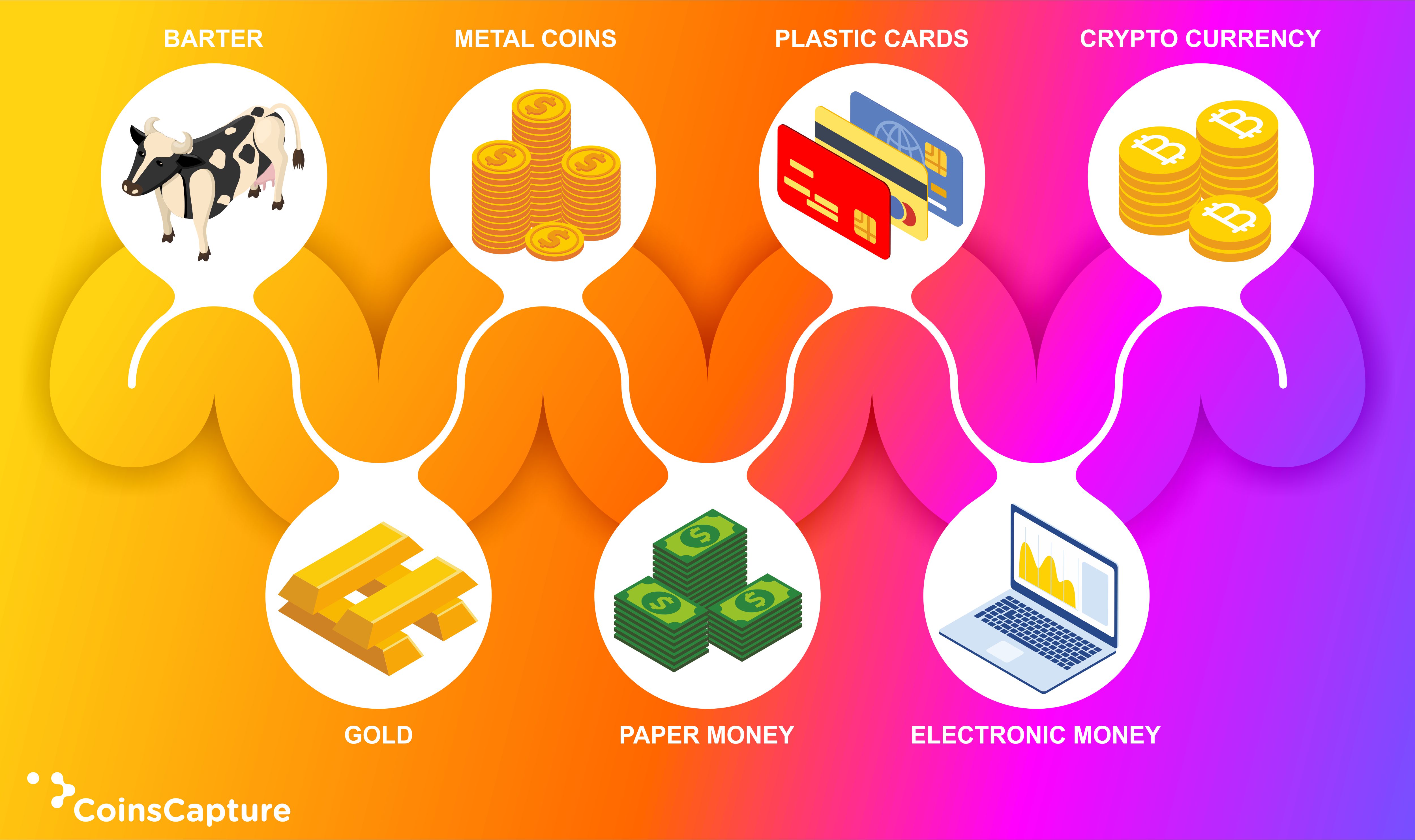 The Journey from Barter to Bitcoin

In the era of the digital world, plenty of things turned digitalized the games we played and the money we use these days. But ever wondered how this evolution occurred? To understand, let’s flashback the journey of Money.

Around 3000 years ago, it started with a barter system - a system in which people mutually exchanged goods and services. For example, if you wanted wool and found a sheep owner who was willing to trade that wool for some kgs of wheat or rice, you would have to own either wheat or rice to trade. But as time passed the complexity of the Barter system also increased which turned into a need to reduce it and for that various other the medium of exchange like seeds, shells, metal, and coins used. Each of these had its own advantages and disadvantages. Finally,  there was evolution of money- the Fiat currency that we use today for our daily activities.

Further, in the 21st Century, two disruptive forms of currency like Mobile payments and virtual currency were introduced. Mobile payments included the bill payment of various products or services through portable electronic devices like cell phones, smartphones or tablets or sending money to relatives or friends.

Later, in 2009, Bitcoin the first virtual currency was introduced by the pseudonymous Satoshi Nakamoto. This digital currency offers the lowest transaction fees as compared to the traditional online payment. Also, it is operated by the decentralized authority and has no government authority involved in between. This phase of complete digitalisation or digital money can change the entire traditional financial system because:

Due to the above mentioned advantages, there is moving of big money  into cryptocurrency these days and many sectors has begun adopting it. Blockchain of various cryptocurrencies is used to power the decentralized applications and as the main functional unit in different software and operating systems.

Apart from these, many other companies like FedEx, Burger, King Russia, Walmart,  Microsoft and  Mastercard have adopted it and growing their business tremendously. Apart from these,  many social media platforms Sapien, Steemit, Sola, and Indorse are also taking advantage of these innovative technology. Facebook- the platform used by millions of us is all set to unveil its own digital currency (Libracoin) the digital currency equivalent to the U.S. dollar

Physical currency (Money) has definitely made the world spin for centuries and till today it represents power and the success of an individual, but now it’s time for digital currency to make the world spin with its unique features.