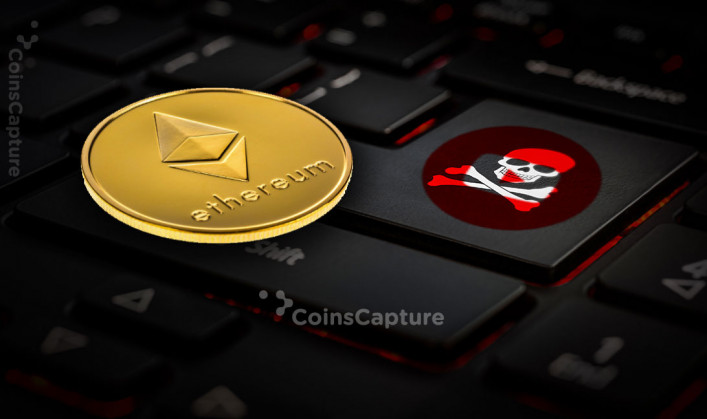 The crypto scammers are still running their fake giveaways scams, especially on Youtube. The number of fake giveaways scams of cryptocurrency has been increasing in recent months. Back in July, a fake giveaway scam of Ethereum was spotted and now again another Eth giveaway scam was running on Youtube. The scam was seen on Monday where scammers asked viewers to contribute their cryptocurrency, mainly Ether (ETH), in order to receive double the amount they deposited.

The scammers manipulated a video of a conference featuring Vitalik Buterin the co-founder of Ethereum. A live stream was playing on Youtube which was edited video to make believe that the planned Ethereum giveaway was legitimate. A link was shared (https://buterin-eth.news/) where they asked the victims to participate in the giveaway, a similar strategy as other double-your-coin scams.

The Ethereum giveaway has planned 50,000 ETH worth $23 million following the current price of Ether at $462. They said that the giveaway was planned to fasten the mass adoption of cryptocurrency. Participants have to share a certain amount of their Ethereum coin to an address provided on the page in order to receive double the coins.

The page showed the message

“To participate, you just need to send from 5 ETH to 500 ETH to the contribution address, and we will immediately send you back 10 ETH to 1000 ETH (x2 back) to the address you sent it from.”