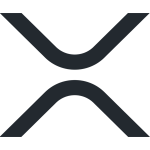 XRP is the digital asset of the XRP ledger, native to Ripple. While XRP aims to better the cross-border payments.

XRP was created in 2014 as the digital asset of the XRP ledger, native to Ripple. It is used on xRapid to give liquidity involving illiquid trading pairs in cross-border payments.

XRP is an open-source technology for anyone to be used. It is a peer-to-peer network. The maximum supply of XRP is 100 billion tokens.

XRP states to provide the fastest financial institutions at the lowest cost option. It has a transaction time to be processed, at present (2019), of 4 seconds, also it has a cheap transaction fee.

Since XRP transactions are peer-to-peer it has no central point of failure.

XRP ledger was developed by Ripple’s blockchain technology to provide cross-border payments between various banking systems in the world, it acts as a bridge between currencies all over the world.

XRP ledger utilizes the Ripple Consensus Algorithm which is different from bitcoins and ethereum’s mechanisms. It lets participants have reliable nodes an overlapping set of validators that all have to agree about the order and state of transactions. When the validators agree, a new block is generated, once validated the content of the block cannot be changed, which allows all servers in the network to store an entire history of the ledger state.

All the currencies except XRP can be represented as issued currencies in the XRP ledger. It can be traded with each other and XRP in the decentralized exchange of the XRP’s ledger.

The transactions that are submitted to the XRP ledger are not processed instantly; it remains a candidate for a some time.

To embed real-time XRP widget into your website copy the following Widget code.